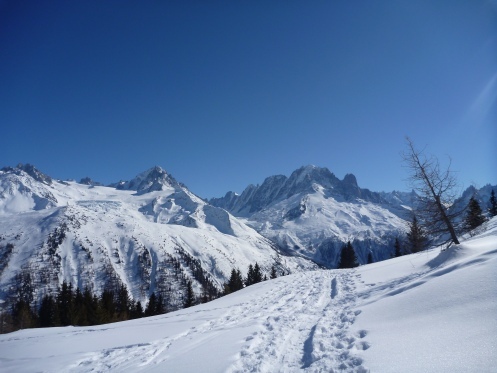 The blue sky has been useful as this week I have been out with Bruce Goodlad getting photographs of good technique in all types of off-piste ready for his next book.  We eventually found the crust we needed but I was reluctant to ski it as there was great powder to be had on the other aspects!

Where are you best to ski this weekend?  With the warm temperatures set to continue I would recommend getting up early, using the first hour to warm-up, so that you can make the most of the "optimum hour" before the snow gets too slushy.  We had good snow at Le Tour today, both on and off-piste between 10 and 11.  Alternatively head to Les Grands Montet's north facing slopes where the sun will not have had so much of an effect. Take lots of sun cream!