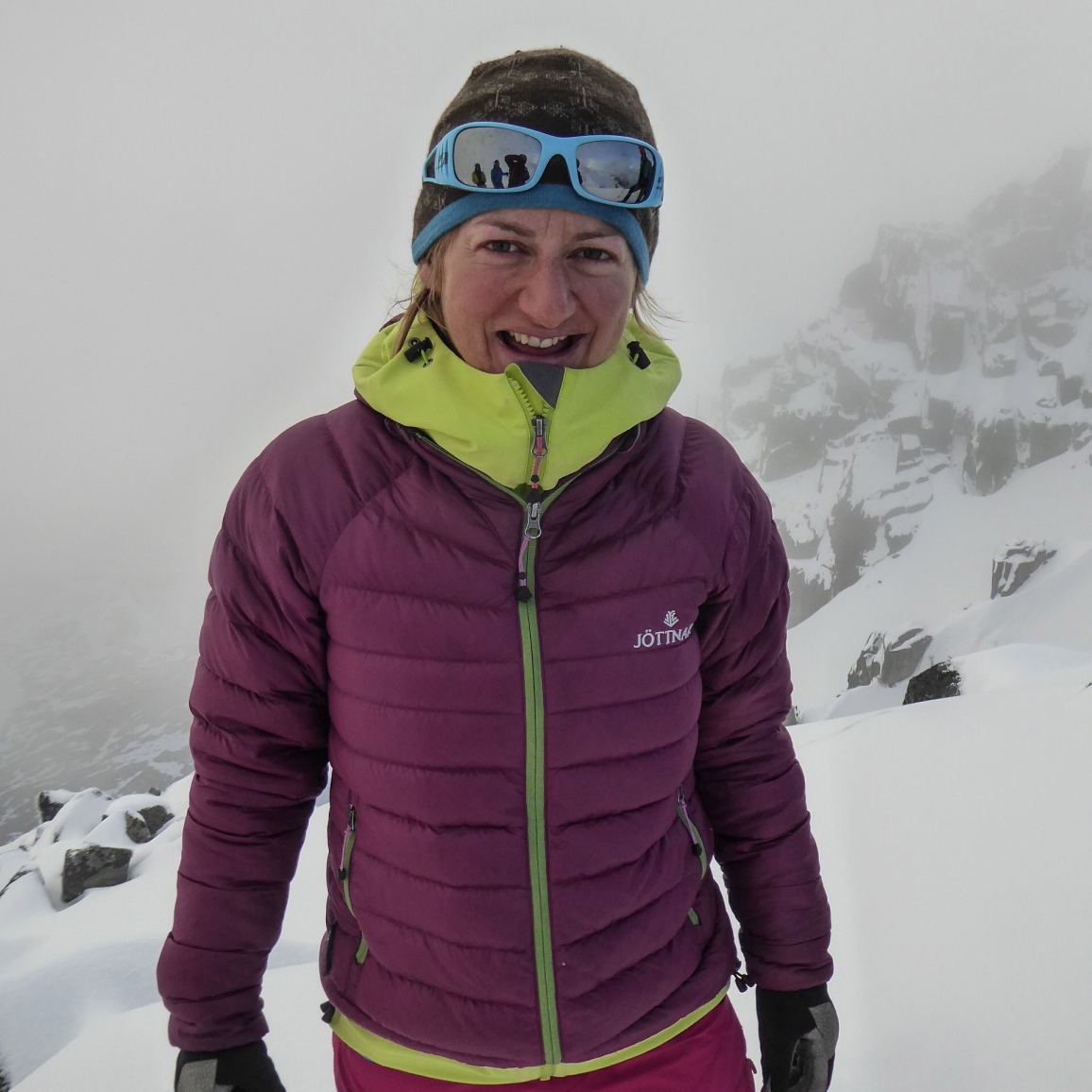 After watching enviously as the Fenrir appeared in the men's down range, I was delighted when they brought out the women's version before this winter. Even more so when I saw the attractive colours.

I've been using it all winter, and it has shown itself to be quite versatile in its uses.  On the cold winter days I was wearing it for skiing as an additional layer, over my Alfar, but underneath my Bergelmir. Then for skimo training, it was a fantastically light layer to carry, to be able to throw on over my lycra suit, at the top of the climbs for the chilly evening descent back to the car.  Similarly it was a great belay jacket.  As we've come into spring, I've found it useful for touring up in Norway to put on on the summits, just over a thermal. Now back in Scotland, it's proving to be just as useful on the Munros and Crags.

The thing that strikes me most about this jacket is the fit.  It seems to be diverse enough that the same size fits well over an outer jacket, as it does when worn just over a t-shirt.  The hood also works well on it's own, or over a helmet. The neck size is small enough that there doesn't seem to be any excess material, but still keeps your neck warm and chin toasty.

It's most definitely demonstrated it's ability to be an all-season, multi purpose layer. Being so light (315g) I question why I would ever leave it behind.