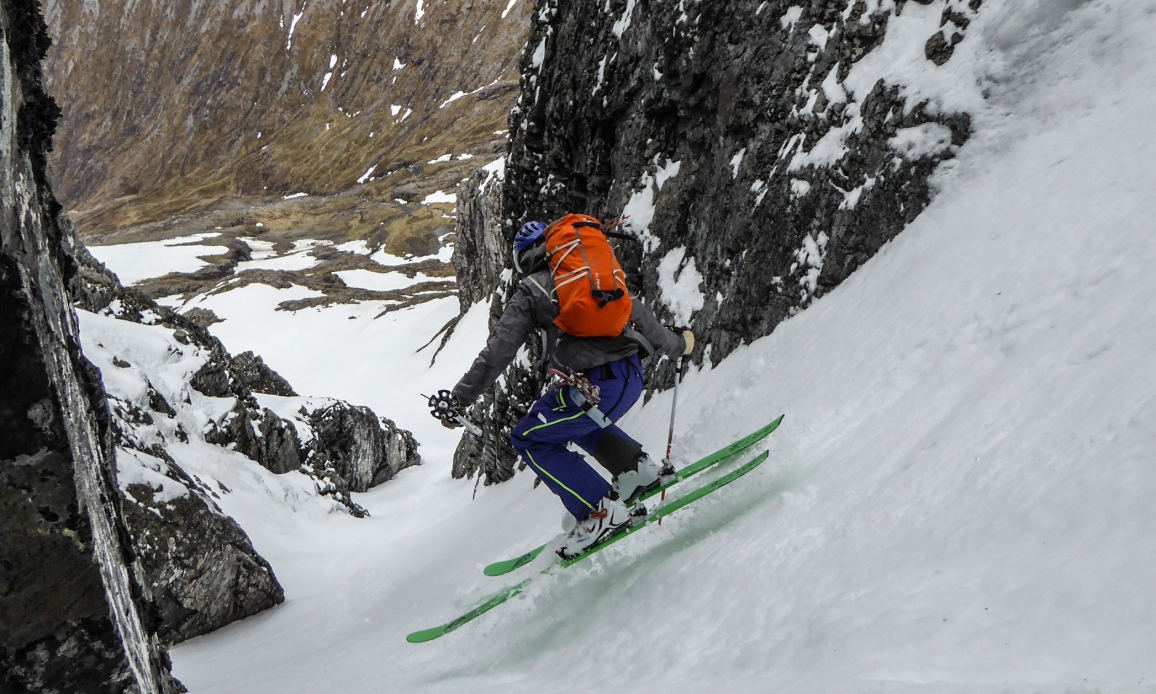 For a long time I have harboured the wish to ski some lines on Ben Nevis. There is no doubt that climbing and walking is special on Britain's highest mountain, but holding snow well into the summer makes the mountain a ski destination too. I joined James Thacker and Andy Nelson to put the final turns in of the winter season. Meeting in the North Face Car Park it was clearly spring but plenty of late season snow had left the north facing corries with good cover.

For James, walking into the CIC Hut was an interesting experience, this time with skis on his back rather than a pair of ice axes. The day had a different focus, and a mountain that he knows well was suddenly viewed in a different light. Rather than picking out the fault and crack lines that might make logical climbing objectives, his eyes were drawn to the unbroken gully lines.

Heading into Coire na Ciste we switched approach shoes for ski kit and skinned into the corrie proper, kick turning towards the base of No.3 Gully Buttress. Here we shouldered the skis climbing No.3 Gully to the summit plateau.
We made descents of No.3, No.2 and No.4 Gully's, completing the obvious trilogy of Coire na Ciste. However, many other lines remain, maybe there is time for just one more trip....