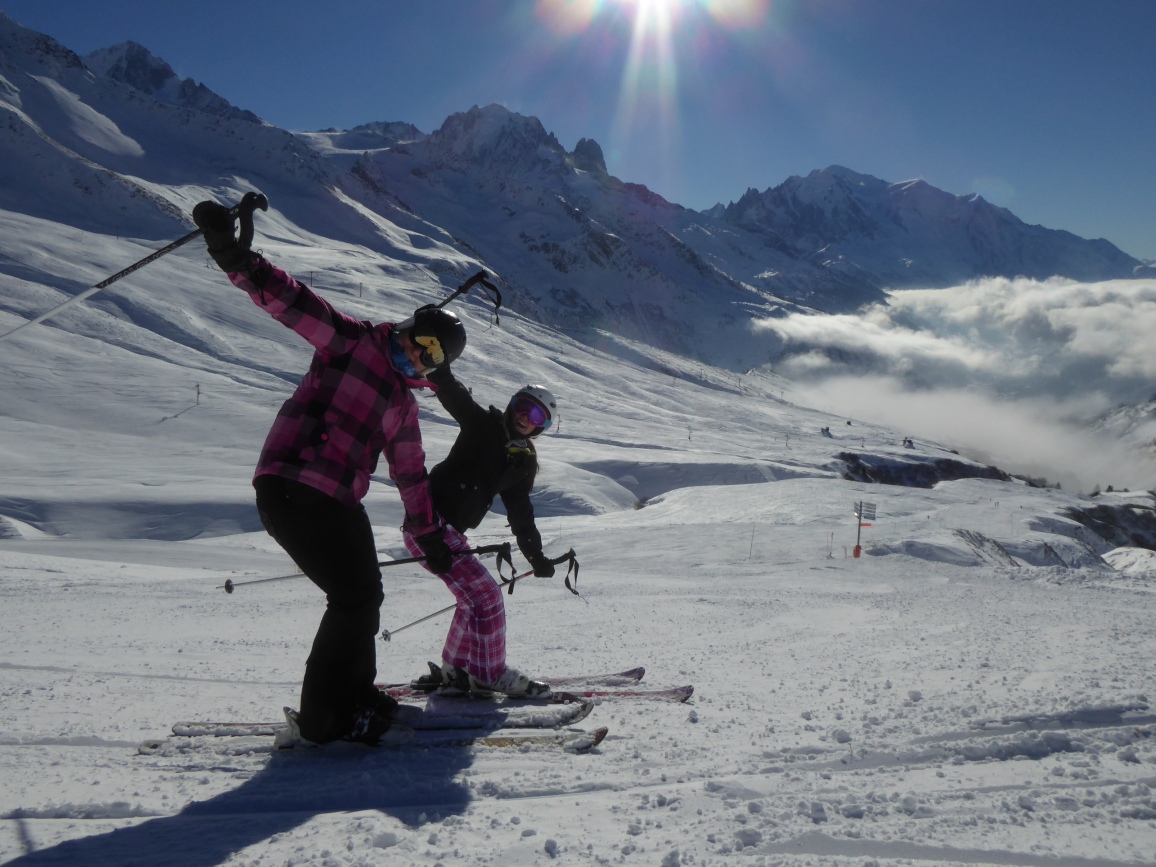 On the 27th December our Christmas wish was granted and we had a significant fall of snow. It's great to see the mountains looking white again. We still require quite a lot more snow for the depth to be anything like the seasonal average, especially on the lower slopes and south facing pistes. However, it has stayed cold since the 27th so there is plenty of lovely cold snow still to be skied on north facing slopes.

We arrived early at Les Grands Montets yesterday to make the most of the time when the slopes are quiet.  We were disappointed to learn that they have returned to opening at 0900 for 2015, rather than the 0830 that we have enjoyed over the last few weeks!

It's been great to work with some returning clients over the festive period, and see some new faces.  Our first Ski Performance Scotland course of the season was also run over the holidays, enjoying good conditions back in the UK.  There are some photos here.